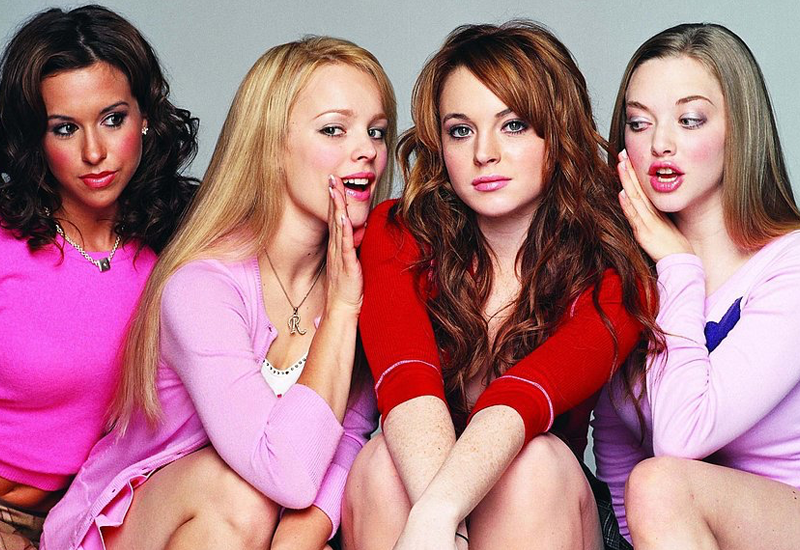 “You can’t sit with us”—but you can read about us. Today we’re serving up our picks for mean girl reads—our favorite novels featuring the most wickedly corrupt female protagonists in their awesomely baseless, hate-to-love them glory. Whether you’re on the beach or your couch for the dog days of summer, sink your teeth into one of these tales of nastiness and (sometimes) redemption. Then text a friend and thank her for being sweet!

A beautiful new friend offers you the makeover of a lifetime and the opportunity to spend the summer at her family’s gorgeous secluded compound.  Who could say no? So when Mabel Dagmar accompanies Genevra “Ev” Winslow to her family’s retreat on the shores of Lake Champlain—complete with Ev’s own private cottage named Bittersweet—she’s looking forward to warm days filled with boat rides and frolicking yellow Labs. But the summer quickly turns cold as Mabel stumbles upon the secrets of not just Ev, but of the entire Winslow clan. What Mabel discovers—and what she sees—could change her life forever…if she can make it out of Bittersweet alive.

TifAni FaNelli’s mean girl mantra? “Never f*&k with a rich white bitch and her white jeans.” That’s because Tif—or Ani, if you met her after high school—has a past rife with secrets, all of which, if exposed could ruin her perfect life faster than one drop of Cab Sav on the leg of her pristine J. Brand skinnies. To shed her past and bury the horrors she’s seen, Ani transforms herself into the ultimate Manhattan mean girl, but how far will she go before there’s no turning back? Debut novelist Jessica Knoll gets TifAni’s biting voice so right that some readers might be put off by the character’s cutting remarks and rude behavior—push forward to uncover the truth.

3. We Were Liars by E. Lockhart

Cadence Sinclair Eastman’s life is perfect—she spends summers on her family’s perfect private island, cavorting on the beaches with her perfect cousins Johnny and Mirren and falling more and more in perfect teenage love each day with Johnny’s friend Gat. But off the island, Cady is plagued by headaches, abuses painkillers, and methodically gives away her possessions one by one, much to the consternation of her mother. Cady may not seem like she belongs on this list, but she does identify herself as a liar from chapter one, and [SPOILERish ALERT] by the end of the book, you’ll see that lying is the least of Cady’s vices.

4. Dare Me by Megan Abbott

Megan Abbott is so good at mining the psyches of cruel teenage girls (see also: The Fever) that it makes you wonder what kind of high school experience she had—or marvel at her ability to craft characters that are so sinister and sweet at the same time that she makes you wish you could have skipped straight to college all together. Dare Me’s cheerleaders are light years away from the sunny stereotype, and as the girls contend with a new coach who challenges them in ways they never thought possible and an act of violence that rocks the rarefied world to which they’ve become accustomed, they learn where their loyalties to one another end and where their true selves begin.

What mean girl list would be complete without Gillian Flynn’s masterpiece of the dastardly mini-genre? You’ve already read the book or seen the Fincher flick, so you know that when it comes to “How to Be a Mean Girl,” Queen Bee Amy Elliot Dunne wrote the manual, snookered hundreds of wanna-bees into signing up for a weekend long conference, and then skipped out of town with everyone’s money. (Just go with us on that metaphor—we certainly aren’t as half as clever as Amazing Amy, but you get the picture.) And don’t go looking for redemption here—Flynn’s divisive ending will appeal to those who prefer their coffee spiked with arsenic (which we at Glommable apparently do).