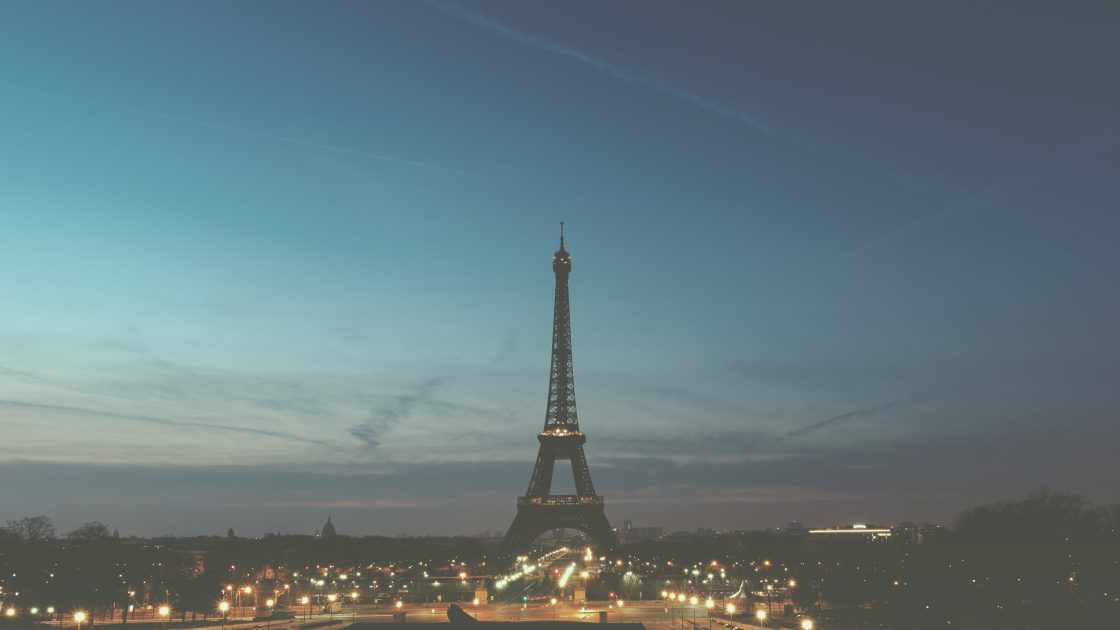 Today is Bastille Day (14 Juillet), also known in France as la fête nationale. Bastille Day commemorates the storming of the Bastille, the famous Parisian fortress and prison, on July 14, 1789, a key turning point in the start of the French Revolution. The French celebrate Bastille Day the way Americans do the Fourth of July.

I have been an unabashed Francophile almost all my life. At my request, my parents played a cassette of French nursery songs whenever we sat in the car (which, growing up in Los Angeles, happened a lot). I begged my mom to teach me French phrases. Comment allez vous? I asked my grandmothers at six. Arrête! I yelled at my brother at seven. By age nine, I had a folder of worksheets labeled “French.” It didn’t end there. I pled with my parents for years to send me to French language camp in the woods of northern Minnesota (I wore them down eventually). And after my first trip to France at fourteen, I knew I had to go back and live in Paris. I did exactly that my junior year of college, when I lived with a French family and studied French literature at Sorbonne IV.

Although we’re not actually French, my dad and I have dressed up in honor of Bastille Day for many years. I usually wear some version of the tricolore (the French flag). Lately, I’ve preferred a tricolore ribbon as a headband, which yes, I am wearing to work today along with a red dress and tricolore shoes. My dad wears a shirt depicting the storming of the Bastille and a beret to work.

I’m certainly not the first American to be captivated by France. We all know the classics—Ernest Hemingway’s A Moveable Feast, F. Scott Fitzgerald’s Tender is the Night, Calvin Tomkin’s Living Well Is the Best Revenge, Julia Child’s Mastering the Art of French Cooking—but we remain as obsessed in our modern day as we did then.

So, in honor of Bastille Day, six modern books by and for French-obsessed Americans:

1. Paris to the Moon by Adam Gopnik

If you loved A Moveable Feast, you should try Paris to the Moon. Gopnik, a longtime writer for the New Yorker, spent several years based in Paris. This delightful collection of essays, some previously published in the New Yorker, are funny and contemplative at once. I always feel nostalgic for Paris when I read them. His great essay, “A Tale of Two Cafes” about Café de Flore and Les Deux Magots can be found online here; I consider it required reading (even though I prefer my regular terrace spot at Les Deux Magots).

This gorgeous novel, out this month, takes place in a small unnamed village in Provence, detailing the interconnected lives of its residents. Constance Leisure, an American who has split her time between the U.S. and Provence for decades, has a way of making you feel the famous Provençal mistral. For those interested in how the French really live (particularly outside of Paris), this is the book to read.

When Jennifer Scott, a California girl, went to study abroad in Paris, she found a mentor in her host mother, Madame Chic. Madame Chic taught her the lessons of living a beautiful life, and lucky for us, Jennifer has published those lessons. Jennifer’s experience reminded me of my own as a student in Paris, which I’ve written more extensively on our sister site, Off the Shelf.

4. The Sweet Life in Paris by David Lebovitz

I can’t talk about France without talking about pastries. After all, I am the girl who spent four months searching for the perfect croissant (for those curious, it’s the “Ispahan” croissant from Pierre Hermé). My friends and I avidly followed his blog and his memoir is just as funny and delicious.

5. The Only Street in Paris by Elaine Sciolino

Parisians, like New Yorkers, are obsessed with their neighborhoods. Maybe it’s the arrondissement structure, maybe it has to do with the divide between La Rive Gauche and La Rive Droite of the Seine. Maybe it just has to do with a well-planned city. In any case, Elaine Sciolino examines this on the most micro level: the street. Every street in Paris is brimming with history, with culture, with stories. As I reveal with embarrassingly little prompting, I lived on rue de Grenelle in Saint Germain on the border of the sixth and the seventh (If you’ve read The Elegance of the Hedgehog, it may sound familiar). I still believe it’s the best street in Paris.

6. Bringing Up Bébé by Pamela Druckerman

When in France, do as the French do—wait, is that not the saying? No list of books for Francophiles is complete without a quasi-self help title. French Women Don’t Get Fat, How to Be Parisian Wherever You Are, Parisian Chic—these books all say the same thing: the French seem to do life better. I’ll be honest. With very little interest in children, I’ve never read this particular cultural phenomenon, but I can recite many of its most compelling insights. It’s true that French children can appear well behaved than their American counterparts, but as the grandchildren of my host family proved, a toddler meltdown will happen no matter how you’re raised.