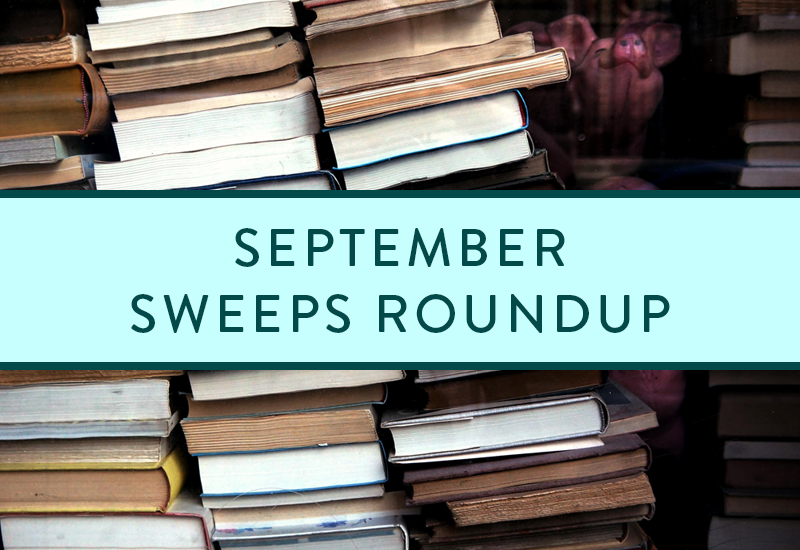 It is the first day of fall and I don’t give two shits about pumpkin spice lattes. What I do care about? Fall book season, and all the magnificent free books and sweepstakes that come along with it. I mean hi, this is the season of Bruce Springsteen, Anna Kendrick, Ann Patchett, Jonathan Safran Foer, Zadie Smith, Margaret Atwood, Maria Semple, Michael Chabon, ROXANE GAY… the heavy hitters. So I’ve spent the morning scouring the inter-webs for all of the best bookish giveaways across all adult genres so you can get a jumpstart on stocking your TBR for the season. Enjoy! (And don’t forget to check back in November, because I do this every month kids. Every. Month.)

Prize: A trip to the Los Angeles premiere of Hidden Figures starring Taraji!

Prize: It-inspired kicks plus a signed copy of It by Stephen King

(Related: Can You Guess The Stephen King Book By Its Emoji Summary?)

Prize: an advance copy of Hag-Seed by Margaret Atwood

Prize: $750 for back-to-school shopping, $400 worth of classic children’s book sets from Simon & Schuster, and $75 to Yoobi for school supplies

Grand prize: A selection of Elise’s tools of the trade, a signed copy of Sweet! Celebrations, an exclusive sneak peek of Chapter 6 “A Frightening Feast,” and all the items you need to make Elise’s “Bleeding Candles” DIY Project.

Grand prize: Your name in the next Mitch Rapp book and a limited edition signed copy of The Last Man

Let me know if I missed any in the comments below!