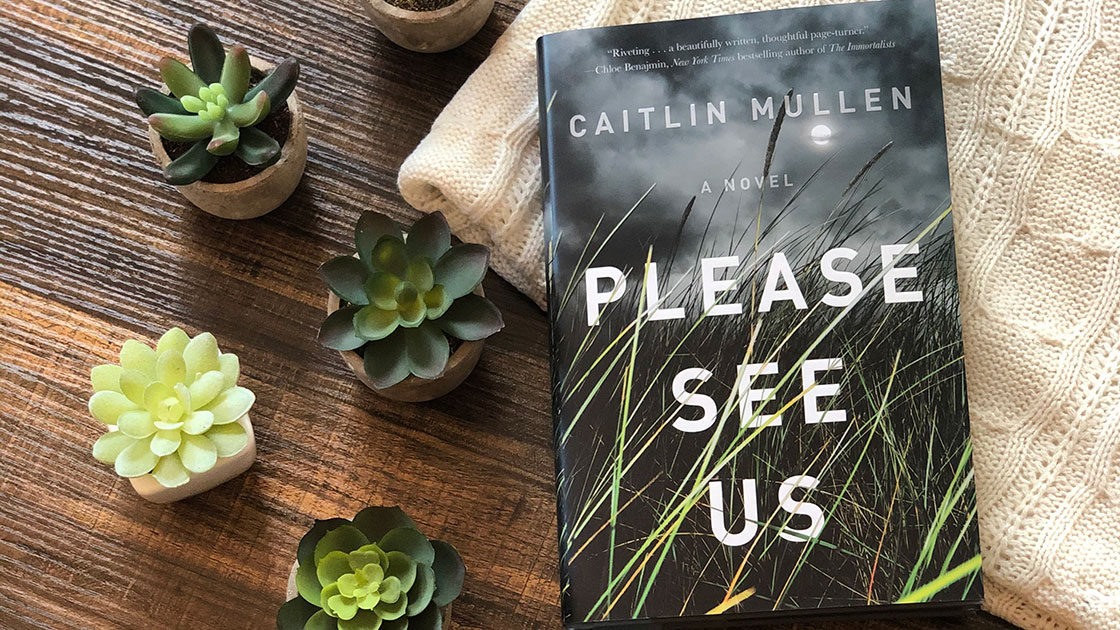 If you love a good serial killer mystery layered with female empowerment, similar to Megan Miranda’s All the Missing Girls or Laura Lippman’s Lady in the Lake, then take a gander at Caitlin Mullen’s debut thriller Please See Us. The elements of a riveting read are all here: an eerily desolate Atlantic City, multi-faceted characters with secretive pasts, and a gripping sense of urgency as more missing posters go up even as undiscovered corpses slowly sink into the nearby marsh.

When the mounting number of missing girls’ cases grow too worrisome to ignore, and when boardwalk psychic Clara’s visions turn too violent to dismiss, she turns to casino spa worker Lily to help her solve the mystery behind the disappearances. Though both of them carry the burden of their own dark pasts, they lean on each other for support as they uncover terrifying truths lurking in the crumbling city. If that doesn’t entice you enough, just read this perfectly chilling first line: “By the second week in June, there are two dead women laid out like tallies in the stretch of marsh just behind the Sunset motel.”

Intrigued? Sneak a peek at Mullen’s captivating thriller with this exclusive scene from the book, in which Clara learns that the new client sitting across from her for a tarot reading is desperately seeking information about his missing niece, Julie, whose poster Clara has seen around town…

“Do you have anything of hers with you right now? It isn’t crucial, but it may be helpful.” I was making things up, of course, and it seemed like some sort of a prop might make whatever I was about to do a little easier. I didn’t want to disappoint him with the truth: what I saw was limited, out of my control. I couldn’t just call up information from the universe as easily as plugging a question into a Google search. He shifted and reached into his pocket, produced a purple bandana, and smoothed it on the table.

Julie, I remembered, from the poster. The girl’s name was Julie Zale.

“She ran plenty of races, but her best event was the four-hundred-meter. She got a scholarship to University of Maryland and everything. But then she said she didn’t want to run anymore. Wouldn’t say why. She used to wear this for all her meets. Said it was good luck.”

“And how long has Julie been missing?”

A new attention worked its way into his posture, his face. He sat up a little straighter. “I—Did I tell you her name?”

“No,” I said. “You didn’t.” Maybe he would think of the posters eventually, but for now I could tell that he was surprised. His eyes met mine over the table and I almost winced at what I saw in them now, swimming along with sorrow: hope.

“May I?” I asked, gesturing toward the bandana.

“Of course, of course. Whatever you need. And it’s been three months. That’s how long she’s been gone.” His voice broke then and I didn’t look up, but I could tell he was using his handkerchief to dab at his eyes.

I picked up the bandana and ran it through my fingers. The cotton was a little stiffer than it had looked. It felt intimate, to touch an object that someone had loved. That Julie Zale had believed in, something she thought gave her power or strength. I thought about what it would be like to be her, running in a track meet—her legs burning, lungs heaving the air in and out, people cheering as she surged past them. I wondered what it would be like to have this man for an uncle, what could make someone be so cruel as to run away from him. Maybe Julie Zale and I were alike. Maybe she knew there was something bad, something grasping and greedy about her. And maybe it made her both love and hate him, for his gentleness, for the boundless kindness that she knew she didn’t deserve. It was how I had felt about some of my teachers at school before I dropped out. Mrs. Witz, who had recommended that I skip ahead from Geometry to Precalc. Ms. Connolly, who offered to loan me workbooks for the PSAT because she knew that I couldn’t afford to buy my own.

I closed my eyes. Where did I think Julie was? I had witnessed what happens to girls who run away and wash up here, like debris dragged in by the tide. She probably didn’t look like the picture in the posters anymore: Her once-smooth skin would be rutted with acne scars. Her hair dull and stringy. The piercing in her nose red and inflamed. I pictured her on a street corner, holding out a plastic cup, begging for change. Julie crouched in an alley, her skinny body swallowed up in a stained sweatshirt. Julie with a strap around her arm, feeling for the right vein, then her head lolling back on her neck. When I opened my eyes, her uncle was leaning forward, waiting. Everything about him made me feel guilty, sad. His polo shirt wrinkled from so many hours in the car. His thin, gray hair rearranged by the wind. Out on the pier, the roller coaster cranked up on its tracks. In a moment we would hear it plunge down the first drop, the few riders’ screams.

I closed my eyes again and worked the bandana between the tips of my fingers. I was buying time, trying to decide what I would tell this man and how. It was true that I could see things sometimes. Glimpses of a life, under the right conditions. But mostly I felt afraid for him. He would get bad news, a phone call in the middle of the night. A police officer on his porch, his hat in his hands. A feeling crept into my throat, a fullness, a pressure, like I had eaten too much too soon. It was hard to swallow, my throat raw like I’d been crying. I touched my fingers to my neck. The skin was tender, hot.

I looked at the uncle to see if he had noticed, but he was staring out the window. At the empty boardwalk, maybe, or the seagulls swooping out over the beach. The feeling was gone as quickly as it had come. I didn’t really believe in spirits, in signs. But that feeling seemed like an omen. I didn’t need to be a psychic to know that something bad had happened to Julie Zale.

Excerpted from Please See Us by Caitlin Mullen. Copyright © 2020 by the author. Used by permission of the publisher. All rights reserved.