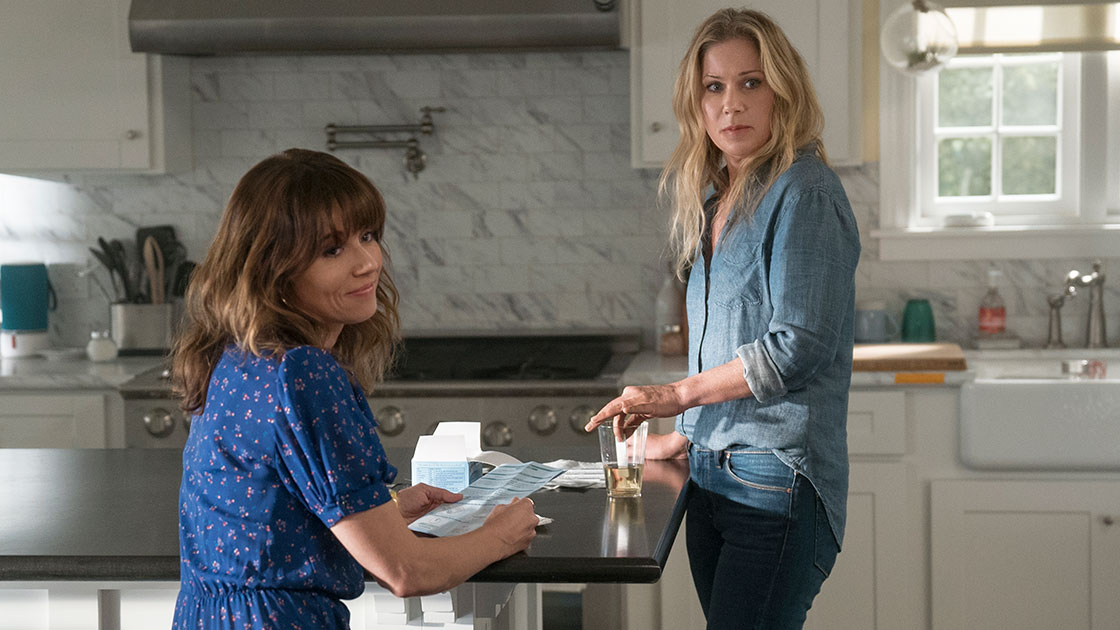 You know how you’re scrolling aimlessly through Netflix and you’re praying to the Netflix gods that you find something good, and then it happens—that unicorn of a show that sends you on the binge of all binges. Your butt never leaves the couch. You ignore friends and family. That was what happened to me when I stumbled upon dark comedic gold: Dead to Me. Christina Applegate and Linda Cardellini (from cult classic Freaks and Geeks) are amazing in this series about a friendship between a very angry widow who is trying to find out who killed her husband in an unsolved hit-and-run and a quirky woman with a murky past when they meet in a support group. Dead to Me hits all the right buttons for me…twisted humor, an unsolved murder, unreliable characters, powerful female friendship, messed up relationships, and hidden secrets between friends. So if you like books that explore a friendship that’s gone tragically awry, then I’ve got a list for you!