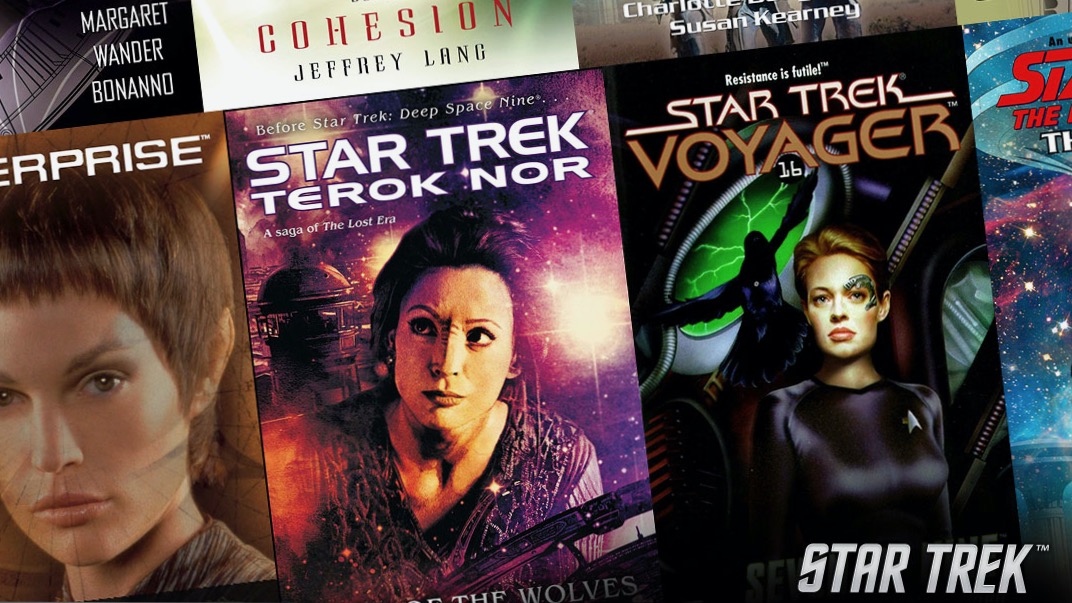 When people find out I’m a Star Trek fan, the first question they ask is, “How did you get into Star Trek?” Followed by: “What series did you start with? There are so many!” A lot of Star Trek fans have sprawling answers to these questions, which tell their stories of growing into the many Star Trek series over many years.

My answer is simple: I stayed up late one night when I was eleven (for no particular reason other than that I was eleven and it was against the rules) and turned on the TV just in time to catch the midnight re-airing of Star Trek: Voyager. And there she was: Captain Kathryn Janeway, on the bridge of her very own starship. She stood there and took up space in a way I’d never seen any other woman do before. She had a presence.

People turned to her (sometimes literally) for commands, permission, answers to questions. It wasn’t about her likability, or the pitch of her voice, or to whom she was married. It was about respect.

Night after night, I stayed up to watch Voyager. I started drinking coffee that year, too, probably because I was exhausted from staying up late on school nights, but also because Janeway did it, and I wanted to be just like her (though I did not yet have the grit to drink it the way she did: black).

My love of Star Trek, which began with Janeway and Voyager, stayed with me through the years, and now, two decades later, I’ve seen every episode of each Star Trek series, sometimes twice or three times over. But it all started with her.

So it’s an absolute honor to present to you, during Women’s History Month, a list of some of my favorite Star Trek tie-in novels, written by and about women. Enjoy the ladies of Star Trek.

Price discounts featured are available now, but end dates vary by retailer. Discounted prices do not apply to ebooks sold outside of the United States. Participating retailers only.