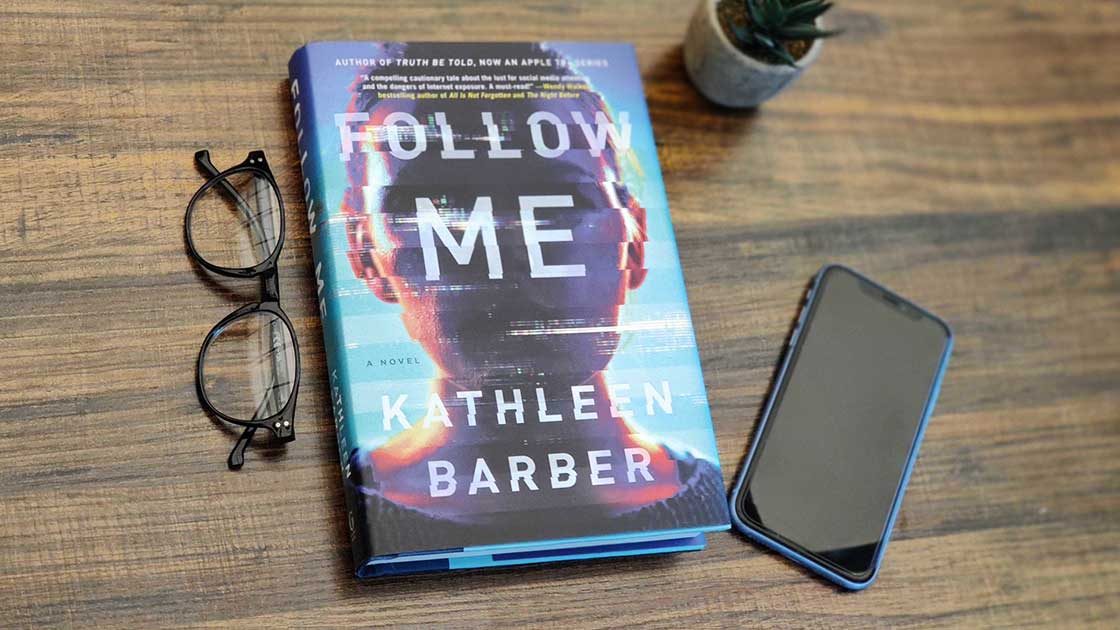 Today we welcome author Kathleen Barber to the Get Lit blog! We’ve been dying to hear her recommendations on what books You fans should be reading since she knows a thing or two about the creepy book terrain. Her new thriller Follow Me features a chilling blend of mysterious neighbors, rabid online Instagram followers, and an ominous broken door lock. Thanks, Kathleen, for giving us the scoop on these intriguing, though completely terrifying, reads!

If you’re anything like me, you’ve devoured Caroline Kepnes’s You and Hidden Bodies, you’ve binged the Netflix series based on them, and you are now eagerly awaiting her next installment. Her protagonist, Joe Goldberg, might be a sociopath, but he’s a charming one, and he seduces readers as easily as he does the objects of his affection. Here are five books with dark, unhinged romances to tide us over until we get our next You fix:

Jar of Hearts by Jennifer Hillier

Georgina Shaw’s world crumbles when the remains of her long-missing best friend Angela are discovered in the woods near Geo’s childhood home. It doesn’t take long to realize that Angela fell victim to serial killer Calvin James—who just happened to be Geo’s first love.

In this work of narrative nonfiction, reporter Monica Hesse travels to rural Virginia to investigate a string of arsons. She finds that the man who has pled guilty didn’t act alone: he set the fires with his then-girlfriend … and he set them out of love.

Lonely medical student Teo Avelar is obsessed with Clarice. He is determined to have her, and he won’t let anything stop him—not even her rejection. Desperate to show Clarice he’s her perfect match, Teo abducts her and embarks on a dark and disturbing road trip through Brazil.

My Lovely Wife by Samantha Downing

To all outward appearances, Millicent and her husband are a totally normal—even bland—pair of old marrieds. They’re juggling all the usual things: kids, jobs … and a shared interest in murder.

Recently released from psychiatric prison, Sean Suh is determined to avoid the temptations that landed him there. But then he falls for Annabelle—and she disappears. The police are certain Sean is involved … and he’s not sure they’re wrong.