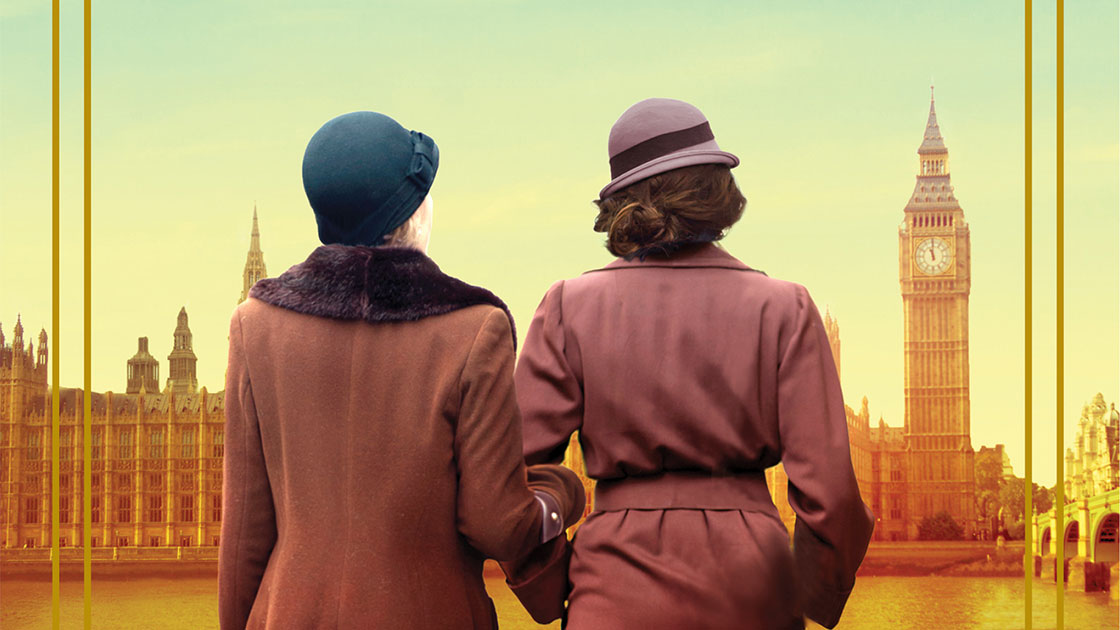 Do you enjoy reading books that are set in the past? You’ll be swept away by the riveting The Light Over London.

This entrancing story takes place across two timelines. Cara Hargraves is a modern-day woman who works with an antiques dealer. When clearing out an estate Cara comes across WWII relics that tell the story of another young woman. Cara is determined to discover the identity of the owner of these treasures.

Both young women must rise to the challenges they could never have predicted. Fans of Kristin Hannah’s The Nightingale and Martha Hall Kelly’s Lilac Girls will fall in love with The Light Over London. Check out this excerpt below and get the book when it releases on January 8th!

Louise squeezed her eyes shut, her breath coming fast and ragged. She had to leave. This house. This village. In her mother she saw what her life would be if she stayed.

Creeping down the carpeted hall, Louise let herself into her room. She’d been silent and still for her whole life. Paul had been the first real risk she’d ever taken. The first time she’d ever dared step out from within the tight confines of the box her mother had kept her in for all these years. And what was worse, she could see now that she’d let her mother do it. But her mother would not be the one to blame if Louise allowed this to go on.

She pulled out her old school bag, a battered leather satchel with a soft brown patina, and set it on her bed. Moving methodically, she began to pack. In went underthings, stockings, a sweater, two shirts, her green tweed skirt, and a brown dress with fluted sleeves. Her mac was hanging on a hook downstairs by the door, but her good wool coat was still in her wardrobe. She grabbed it and the soft cherry-red muffler she’d knitted for herself last Christmas out of wool unwound from an old sweater.

From out of her nightstand drawer, she pulled her diary. Carefully, she tucked the scrap of paper Paul had pressed into her palm between the pages marked by a red ribbon. She’d memorize his service number later, because she didn’t trust herself not to forget it now, as adrenaline pumped through her body. She slipped the diary into her bulging satchel and swung the long strap over her head.

She stopped, giving one last glance around her room. It had been her sanctuary for so long, but she could see now that if she stayed, it would feel like a prison.

Her eye landed on the postcard. Its cheeriness was incongruous with her life, but she crossed the room, wiggled the card free, and tucked it into her bag before buckling the flap closed.

She took a deep breath. “You want more.” Then she unlocked the window, slid it up, and hooked her leg over the sill.

The satchel bumped against her back as her feet caught hold of the trellis nailed to the side of the house. Fortunately, it was March, and the broad beans her father had trained up it had all died back that winter. A few scraggly, dead vines clung to the wood frame, but nothing impeded her progress.

This was the first time she’d climbed out of her window, and her hands shook a little as she inched her way down. The trellis would hold—she knew that much from the number of times Kate had stolen up it on her way home from some date or another—but knowing that and putting it to the test were two entirely different things.

One foot, one hand, she chanted in her head, forcing herself to make slow progress. The trellis moaned once, and she froze, fearful her parents might hear her. But no one came.

When her feet touched the ground, Louise sagged against the wall to catch her breath. Even through the glass of the kitchen window she could hear her parents’ raised voices. They might still be in the entryway, but it was more likely that her mother had marched into the dining room, drawing the curtains so that none of the neighbors would see the fight. Even though the room faced the sea, Rose Keene would take no chances that a passing neighbor might catch a glimpse of anything but the perfect picture of domesticity she worked so hard to craft.

Moving carefully, Louise made her way through the garden. Once on the street and out of sight of the house, she broke into a run. It was only ten minutes to Uncle Jack’s house. Louise made it in five, gasping for breath as she skidded to a stop. There was no fence, so it was nothing to skirt around the box hedge that separated the cottage from its neighbor and tap on Kate’s window.

Her cousin glanced up from her bed, throwing the book she was reading down when she spotted her.

“Louise!” Kate looked astonished as she opened the window.

“Help me in,” Louise said, handing her cousin her bag.

Kate gave her a look but took the satchel without question. Then she helped haul her into the room.

Louise slumped on the floor under the windowsill, sucking in air.

“Is everything okay?” Kate asked, bustling over with a half-drunk cup of tea that was rapidly cooling in a cheap chipped mug.

Louise took a sip and shook her head. “No, it’s not.” She told her cousin of coming home to find Paul sitting in the front room. Of his departure and his making her promise to write. Of her mother’s rage and her father’s anger. Of climbing out the window and racing here.

“So you’ve run off?” Kate asked. “This will be the first place they’ll look tomorrow when they realize you aren’t at home.”

“How do you feel about doing your part for the war effort?”

Kate scrunched her nose. “You mean knitting more socks? I don’t know that my wrists can take it.”

“No.” Louise lifted her chin. “I mean, how do you feel about joining up?”