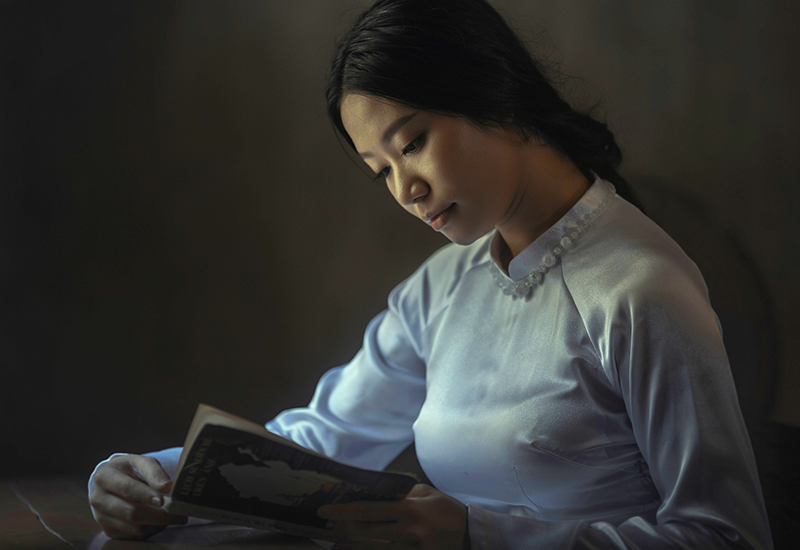 Djuna Barnes’ Nightwood is an enigma of a novel: at once lively and static, derelict and extravagant. Set in the hazy inter-war period in Paris, Berlin, and Vienna, it is the story of the destructive Robin Vote, who marries the son of a self-proclaimed baron and floats from lover to lover, finally alighting upon Jenny, a woman whose life is an odd mosaic of secondhand objects, emotions, and experiences. Needless to say, she drives all her lovers mad, is quite mad herself, and everyone winds up rabid, depraved, and generally alienated.

But let’s rewind. Djuna was a contemporary of modernist greats T.S. Eliot and Ezra Pound, but Nightwood has never been anywhere near as widely read as other works in the modernist canon. The fact that it was written by a woman and was considered scandalously sexual in its day because of the lesbian relationships it featured hindered its success, but its biggest modern-day obstacle is its reputation as a Hard Book. For this reputation, Nightwood can in large part thank Eliot’s introduction, where he called it “so good a novel that only sensibilities trained on poetry can wholly appreciate it.” Okay, T.S. Am I the only one who finds this proclamation almost unbearably pompous? The truth is, you don’t need a Ph.D. in modern poetry to read Nightwood, no matter what T.S. Eliot would have you believe. Yes, Djuna Barnes writes with luxurious decadence and unparalleled grace, but the only real prerequisite for enjoying Nightwood is a love for beauty and an open mind.

That being said, Nightwood is in many ways a poem of a novel. My copy is heavy with underlines and scribbled annotations. Every sentence is a mini-masterwork of sinuous beauty. To choose a favorite would be near impossible, but this passage from Robin’s affair with her first lover Nora is particularly striking:

“Waking, she began to walk again, and looking out into the garden in the faint light of dawn, she saw a double shadow falling from the statue, as if it were multiplying, and thinking perhaps this was Robin, she called and was not answered. Standing motionless, straining her eyes, she saw emerge from the darkness the light of Robin’s eyes, the fear in them developing their luminosity until, by the intensity of their double regard, Robin’s eyes and hers met. So they gazed at each other.”

Everyone orbits around Robin, but she’s essentially an empty signifier, as blank as she is toxic. Barnes calls her “a catastrophe that [has] yet no beginning.” Her hollowness lends Nightwood a haunting sense of displacement, for although she is at the center of the novel, the novel is not about her. More than anything, Nightwood is about the uncomfortable ways in which modernity confronts the past while attempting to maintain its own timeliness. Not one of Barnes’ characters succeeds at this: the Baron is driven by an impossible lust for the aristocratic trappings of “Old Europe,” Nora cannot escape her memories of Robin, and nervous Jenny resides at best on the periphery of her time, oscillating in and out of temporal relevancy. Yet despite the characters’ failings, or perhaps become of them, Nightwood itself is electric and passionate, a catalyst for new beginnings and unrealized catastrophes alike.

To reappropriate Barnes’ description of Robin, Nightwood is “like something once beautiful found in a river,” eerily chronicling the degradation of the beautiful and the historical. Paradoxically obsessed with both thematic decline and linguistic opulence, Nightwood glimmers like an unexpected pearl in murky water, disturbing yet profoundly lovely. For me, reading Nightwood is like looking in a tarnished mirror. As the novel nears its end, wretched Nora asks, “Have you ever loved someone and it became yourself?” Yes Nora, I have. I have loved Nightwood.

There’s no denying that Djuna Barnes was an innovator in every sense of the word, breaking stylistic and thematic boundaries for generations of female writers to come. Here are five contemporary novels whose successes are hard to imagine without women like Djuna Barnes boldly paving the way.

The Flamethrowers by Rachel Kushner: This explosion of imagination and vitality is a searing portrait of the feminine, the fake, and the fearless set against a backdrop of revolution, artistic and otherwise.

Nobody is Ever Missing by Catherine Lacey: Urgent and surreal, this novel goes deep within the deteriorating mind of a young woman consumed by grief and inner violence.

Stone Arabia by Dana Spiotta: This fiercely original examination of family, vulnerability, and artistry tells the story of siblings haunted by memory and music.

White Teeth by Zadie Smith: The lives of two North London families intertwine in this multi-generational epic about personal struggles amidst great social and cultural change.

A Girl is a Half-Formed Thing by Eimear McBride: Deemed highly experimental and Joycean in style, this debut is a chaotic glimpse into the life of a young woman’s relationship with her brother, a relationship that is deeply informed by his childhood brain tumor.