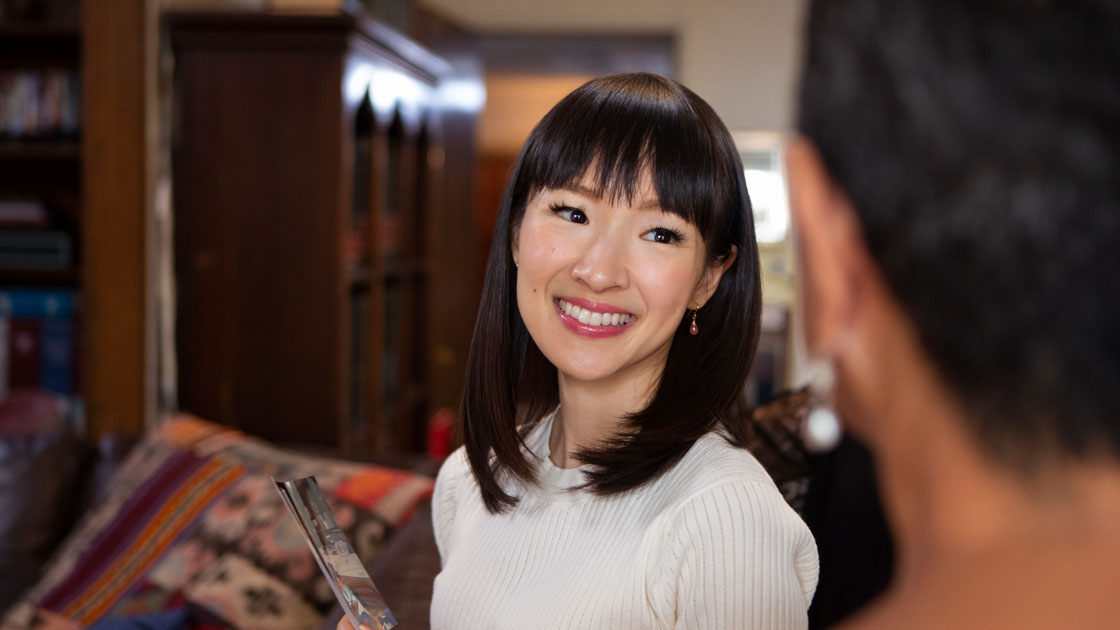 If you’ve been anywhere near the internet recently—specifically Twitter—you may have heard about Marie Kondo and her Netflix special Tidying Up with Marie Kondo (based on her book of almost the same name)!

Everyone loves a good Netflix binge, so people naturally started watching—and publicly reacting—to the show right away. And then there were people who hadn’t watched the show reacting to the comments and reviews they were seeing online.

While I can’t comment on who actually has and hasn’t seen the show in the wider book community, I can say that book people generally freaked out a bit (a LOT, if we’re being honest)—including the team here at Get Lit.

Someone brought up Marie Kondo in our most recent editorial meeting (honestly, it was probably me, *sorry*), and there were some HOT TAKES. In fact, we managed to get through all five stages of grief.

“I hate cleaning and I hate organizing. I am married to a man who is half Japanese and half German, two cultures that not only love organizing but have very strong opinions on how to get rid of clutter. I don’t need to read Marie Kondo. I live with the male version already.”—Sienna

“Marie Kondo is nuts if she thinks she can convince me to get rid of my precious collection of books. All my books are well loved and cared for and all of them bring me joy. Kondo wrote in her book (one that should be on the top of every donation pile) that she ripped pages out of books so she could just keep the pages that brought her joy.… Is she going to have a Fahrenheit 451 moment next?”—Saimah

“I agree with Marie Kondo on a lot of things, but what to do with books isn’t one of them. I don’t find books to be relatable to that sweater that has been sitting in the back of my closet. The sweater can go, not the books! It’s not clutter if it’s books; it just means there’s a lot of reading to do!”—Nick

“Part of me wants to organize and tidy up ALL the things, and the other part feels like ‘ain’t nobody got time for that!’.… If I did, I wouldn’t be in this predicament, now would I?”—Sheena

“Listen, I know it’s crazy that Marie Kondo wants you to throw away your books. But if her methods and calm demeanor can convince my hoarding parents to maybe go through their shelves and the god-forsaken attic, I’m all for it. Maybe then I’ll stop having dreams about being crushed to death by falling debris.”—Cara

I’d like to think that, as a team, we’ve generally calmed down and seen the light since this particular discussion—we just got really scared because we thought someone was telling us to get rid of our best friends!

And that’s what a lot of the show’s critics thought Marie was saying too—hence the backlash, which quickly escalated into a viral Twitterstorm and memes across the Internet. But that’s not the case—and we hope you’ll watch the series and read some of the insightful commentary around the backlash (like this and this and this), because a lot of the negative comments are not warranted.

At the end of the day: keep the things you love, need, want, desire. It’s that simple.

Thank you, Marie Kondo! We’re still learning how to fold our shirts correctly!

After you’ve watched Tidying Up, check out this list from our sister site, Tips on Life and Love for more books that can help you declutter!