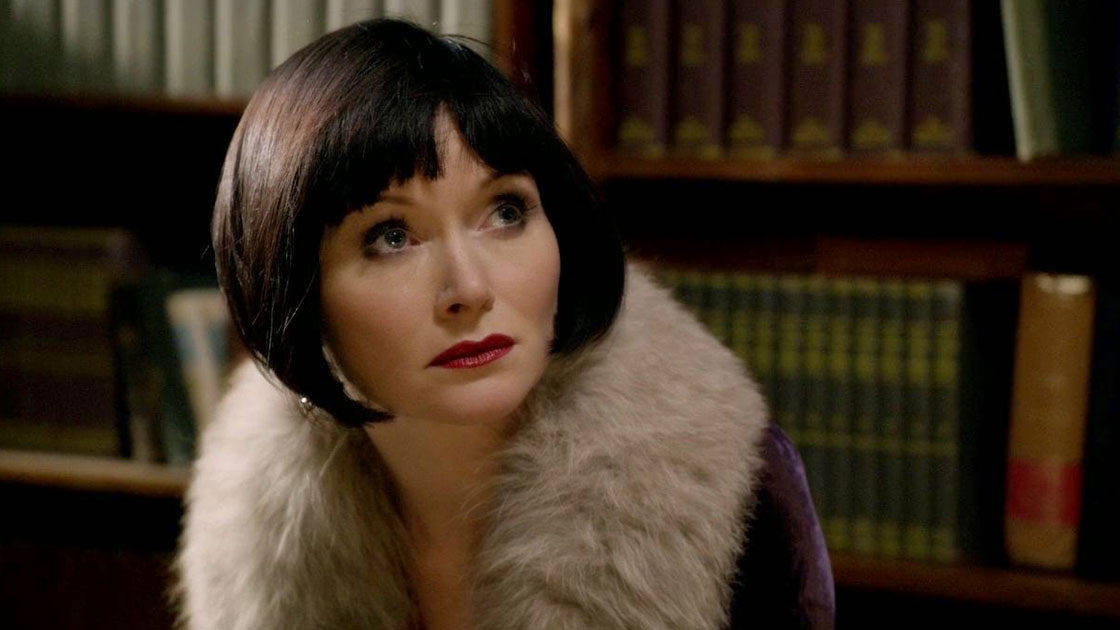 It’s hard to believe it’s been more than four years since mystery fans last got a new dose of the splashy Australian TV series Miss Fisher’s Murder Mysteries, yet here we are. Luckily, our hunger for more of the indomitable Miss Phryne Fisher is finally about to be satiated, because our favorite flapper and amateur sleuth is set to make her big-screen debut in Miss Fisher and the Crypt of Tears!The fan-funded film, which will launch a whole new set of adventures, releases in Australia this February before making its way to a limited number of U.S. screens in early March and then landing on the Acorn TV app on March 23.

The last we saw of Phryne, she was heading to England to rescue her ne’er-do-well father, but based on news reports and this thrilling trailer, her latest murder investigation will take her from the parlors of Mayfair in London to the Negev Desert in Israel. While trouble may still be hot on her heels, so is, it would appear, Phryne’s ever-faithful friend (and love interest), Inspector Jack Robinson.

For those of us chomping at the bit for more of Phryne & Co., it can be hard to wait out these final weeks before the film is released. While nothing can quite compare to Miss Fisher’s particular brand ofjoie de vivre, you’ll be thinking the heroines of these books are the bee’s knees all the same!