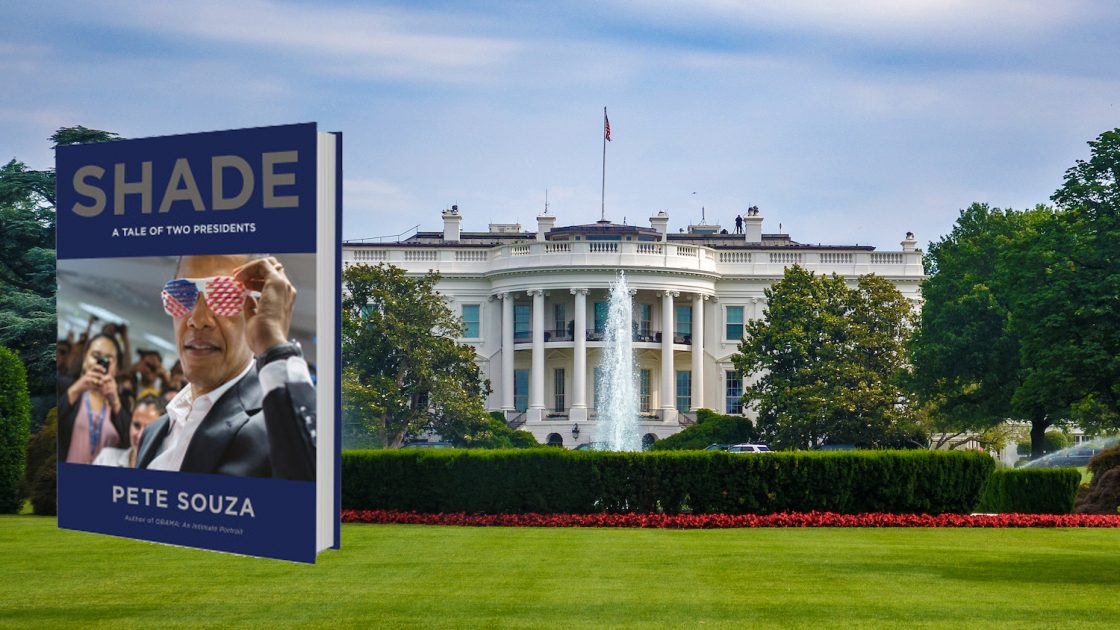 Pete Souza, the former White House photographer, is releasing another book of photos and stories featuring the Obamas. If you have been following him on Instagram (@petesouza) since the transfer of power to the Trump administration, you’ll enjoy his new book, Shade: A Tale of Two Presidents. Pete Souza served as the official White House photographer for Presidents Ronald Reagan and Barack Obama and was also the former director of the White House Photo Office.

He’s continued to feature the Obamas on his Instagram and other social channels over the past year—subtly (and sometimes not so subtly) throwing shade at the current administration.

His response to the Trumps’ infamous hand-holding incident…

His response to Melania’s “I Really Don’t Care, Do U?” jacket:

August 28, 2014…The tan suit scandal. At least there was nothing written on the back of his jacket.

I’m excited to get this book to see what else Souza will be including and what stories he will share! The degrees of polarity across political parties seem more apparent than ever. Souza has gained a large following on his Instagram, as many people are looking to find a way to laugh during this tough political year.

On Instagram, he recently revealed the cover for his new book and said in a previous post when he announced the work: “My commentary on Instagram has been subtle, sometimes humorous, and certainly more respectful than his commentary on Twitter.”

If OBAMA: An Intimate Portrait is a coffee table book, then SHADE is an every table book. If you’ve been following my Instagram feed since the last inauguration, then you have an idea what this book is about (but of course there will be some surprises). To pre-order, follow link in my profile.