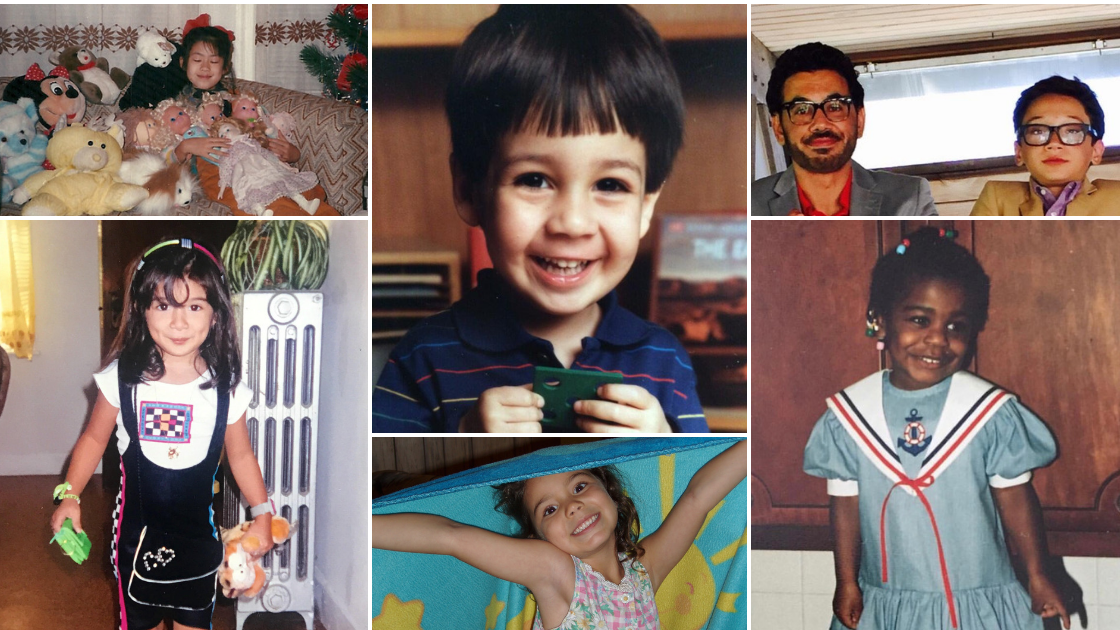 As the daughter of Honduran immigrants, actress and political activist America Ferrera has always felt that she occupied a space between cultures. As an adult, she found that many of her friends, peers, and heroes could relate. So she asked thirty-one of them to reflect and write on this quintessential American experience, resulting in American Like Me, a sometimes heartfelt, sometimes hilarious, but always authentic collection of first-person essays.

You may know these contributors as world-famous actors, comedians, athletes, politicians, artists, and writers, but can you recognize them as children?