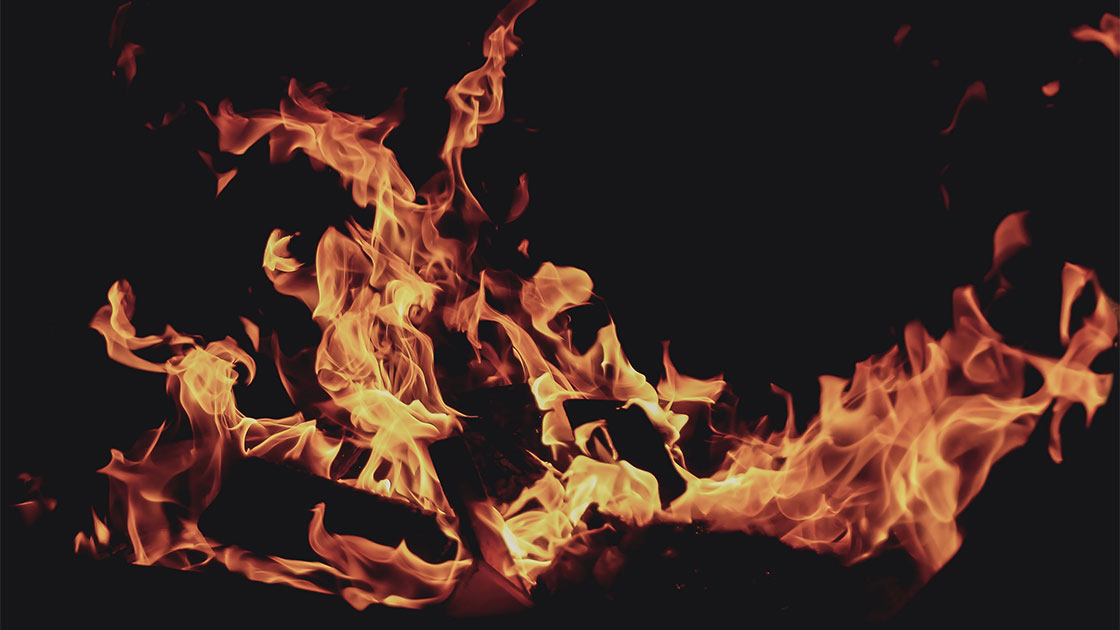 As a firefighter in New Brunswick, MA, Anne Ashburn is used to being the only woman in the room. She and her squad are accustomed to running into danger…but when they respond to a suspicious warehouse fire, Anne’s luck may have finally run out. And what happens then is just the start of the story…

Check out an excerpt from J.R. Ward’s Consumed below and this fun video of her trying to describe the book in 5 seconds.

The blaze had been small, the engine was on it with a good water source charging the lines, and they had plenty of ladder access from above. Plus, the place was so big, she and Emilio were a mile away from the hot spot.

As they came up to a staircase, she stopped. “You take the second floor, I’ll keep going.”

“There’s no reason to stay together. The fire’s all the way over there—it’s more efficient.”

“Are you suggesting I can’t handle myself.”

“I’ll join you soon as I’m through down here. There’s one more corner to go, that’s it.”

As Emilio headed up the tight, jury-rigged steps, she continued on. The farther she went, the more mold compromised the air quality, but she had thirty minutes of oxygen on her back—fifteen if she were exerting herself—and she wasn’t going to waste it on a bad smell.

Up ahead, something flashed across the corridor, the figure scrambling in the darkness.

“Stop!” she called out as she took off after the person.

Anne went left, right, hit a straightaway, her lungs working, thighs churning, equipment bouncing on her body. In the helmet’s jumping beam, the man or woman went in and out of phase with the illumination, a ghost dressed in rags.

They ended up in a shallow room with no door, no window, nothing but the archway they both entered through. The vagrant was muddy as a hound, his hair so matted he had tails growing out of his head. His breathing worried her. Very labored. And that flush, too. He was on something, and probably had pneumonia.

She put her gloved hands up. “I’m not the police. I just want you out so you don’t get hurt—”

Stepping away, she put one hand on her short axe. “I don’t care what you’re on, or why you’re in here. There’s a fire in the building behind us. Do you know where the ways out are?”

“That’s cool. I’m fire, not police. But you have to get out of the building—if only because the cops will show up here soon. If you don’t want to be arrested, leave now. I’m not in your way.”

The vagrant took off, streaking past her and running flat out in his mismatched boot-and-shoe combo. If he had been saveable, she would have played a different card. But she was not going to get hurt trying to convince someone they needed help, and she wasn’t going to waste time vouching for rehab and treatment when there might be somebody who was in medical distress two doors farther down.

Three minutes later, she was at the far end of the building. “First floor cleared,” she said into her radio.

As she came back to the stairwell, she got her initial scent of smoke, that change in wind direction blowing the fire into its source of combustibles instead of away from it—

The frontal impact was so quick and hard, she got blown backward off her boots, her body landing on her tank as gravity took her to the ground. With the air punched out of her lungs, her vision flickered, and she heard another of those vagrants disappear at a dead run.

Rolling off her air cylinder, she braced herself on all fours and looked at the wake of what had hit her. All she caught was a black shape disappearing around the corner.

With a groan, she got back to vertical and took a couple of deep breathers. Pain was registering on her spine, but other than that case of the owies, she was okay.

No reason to go after that addict. He or she had gotten the GTFO memo.

Pivoting around, her beam flashed along the graffiti’d wall and then penetrated the stairwell. Emilio must have flushed the person down from the second floor—

The explosion was so loud, her ears lacked the capacity to accommodate it as sound. Pain was what registered, and covering her head and going into a crouch was both instinctual and part of training. Her immediate thought was meth lab. They’d had something similar the month before, with the chemicals used to make the drug blowing a two-story duplex sky-high.

She grabbed for her radio. “Emilio. Are you clear? Emilio—”

“Roger that,” he said over the connection. “I’m way off in southwest corner, second floor. What was that?”

Thank God, she thought. She did not want to lose him—

The rumble overhead started as a creak and a rattle. It did not stay that way. The collapse was as unexpected as it was fast, all kinds of heavy and hard landing on top of her, an avalanche of God only knew what raining blows on her body.

And then flames were everywhere.

Crushed under debris, pinned to the concrete floor, and without her air mask on, Anne had only one thought.

All her life, she had been determined to follow in her father’s footsteps.

Now it looked as if she might die in the same way he had. </p style>